You Can Learn My Entire System To Get Into Any Concert or Sporting Event...For Free!


This site doesn't support Internet Explorer. Please use a modern browser like Chrome, Firefox or Edge. 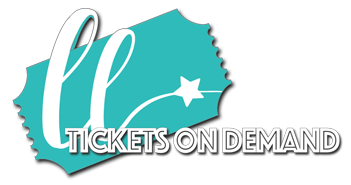 My Secret Method For How I Get Into...

For Face Value Or

Without Becoming A Victim To Scalpers & Resellers

My "Tickets On Demand" System Is Simple To Follow...

...but it involves MUCH more than just holding a sign

(which you may have seen me doing in the video)

Here are some important details I've discovered and tested over the last 20 years that you DEFINITELY need to know:

These tips that are included in my training

﻿are the reason I guarantee results

Many Experience Wanting To Go To A Concert Or Event But...

So What Can You Do?

I remember when I was 10 years old I was watching Arsenal on the television playing Liverpool at Anfield and they needed to win 2-0 to win the league championship.

Amazingly, Arsenal won by scoring the second goal within the last few seconds of the match! It was one of those moments I will never forget. The crowd was going nuts and the feeling was electric.

...wow, It must have been the greatest thing in the world to actually be there to experience this game LIVE because this might never happen again.

That was the start of it all. My drive to come up with a way to get into any concert or event -- even if it's sold out, without paying ridiculous prices from scalpers or ticket touts (overpriced resellers).

Of course like most things this was easier said than done. I started hanging out at venues and concert halls scouting the area before events would take place and talking to as many people as I could.

It wasn't long after that I started finding my ways into shows. Things were going perfectly with my "new system" until the unthinkable happened...

...people at the venue began questioning if my process was legal.

That planted a seed of doubt in my mind and before using this method again, i had to make sure i wasn't breaking any laws.

I contacted law enforcement as well as all of the various venues I had been to up to this point and verified everything I do and teach is 100% legitimate.

After confirming that what I was doing was legal, I thought all of my problems were solved. This is when I discovered ticket touts (resellers), scalpers, and flat out frauds selling fake tickets.

I had to figure out a sure fire way to protect myself against these unethical people.

This actually took years to hone into the flawless system it is today.

In fact, I've been using my proven methods for over 22 years!

I know what you're thinking...

Is this even real?

Well, here's what others are saying... 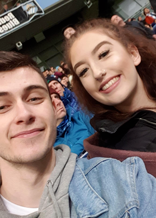 "At first I was skeptical but decided to give it a try and it worked! I would highly recommend Laurence's method to anyone looking for tickets!" 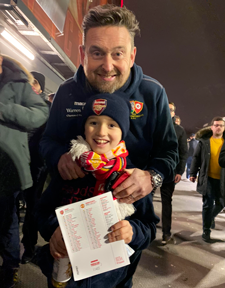 "It's Fantastic, there's finally something out there that can save people a serious amount of money when trying to get into events! Thanks Laurence for helping me and my son get into the game!"

What If An Event Is Sold Out...

...but you know that missing that concert or sporting event means a lifetime of regret?

What are the options at that point?

I can't even tell you how many people miss out on their dream of seeing an artist or team live...

...just because they had to wait for their next paycheck -- and by then the event was sold out.

The reality is, when an event is sold out, most of us just sit and fester in regret for not getting the tickets fast enough.

It's either that or spend an arm and a leg to get a ticket from a scalper or reseller.

What if there was a way to get around that?

And what if it works for ANY sold out event?

I created my system "Tickets On Demand" so that other fans of music and sports like myself, need not ever miss a memorable event because the ticket prices are unaffordable or sold out.

There have been so many historical events I missed because everything was sold out or at the time I simply couldn't afford it.

Many years ago I had the chance to see James Brown (The Godfather Of Soul) perform live in Florida but I decided not to go because I thought I could see him the next year or sometime in the future...

...unfortunately that never happened because he passed away. Just another example of why I refuse to miss an event or concert I really want to see, even if the venue is sold out.

Watching the Men’s Basketball Final at The Olympic Games in '92 to see the USA Dream Team play with the likes of Michael Jordan, Magic Johnson, Larry Bird, Charles Barkley & Scottie Pippen to name a few. I thought it would be amazing to see them play live.

I actually did 20 years later! Using my ticket system I bought a face value ticket to the Men’s Basketball Final at the London 2012 Olympics at the O2, where I saw LeBron James, Kobe Bryant, Kevin Durant, and James Harden!

Or watching the Tennis at Wimbledon every year and thinking I wish I could have seen John McEnroe play but how do I get a ticket when it’s always sold out.

Years later through my ticket system, I actually DID get to see John McEnroe play vs Born Borg at The Royal Albert Hall. I bought a face value ticket to the sold out event.

I wish I could have gone to see the Live Aid concert in 1985 at Wembley Stadium.

With "Tickets On Demand" I got to see it 20 years later in Hyde Park in 2005 and I was given a FREE Ticket in the VIP section using my system.

Some of the other events that I would have loved to have seen is Muhammed Ali in a boxing match live or to see The Beatles, Abba, David Bowie, Freddie Mercury & Queen.

I thought to myself...

...if I ever get a chance to go to an unforgettable event I must do all that I can to go even if I have very little money or that the tickets are sold out.

That is why I created this ticket system to show people that it is possible to make their dream of seeing their favorite artist or team a reality.

When I moved to London, I had to live out of my car for a little while.

During that time, I had to become pretty creative in order to see any concert or sporting event.

After trial and error I was able to perfect a system that has been proven to allow people to get into any concert or sporting event...

I am so confident in my proven process that I even guarantee results or your money back!

You Can Get My Complete 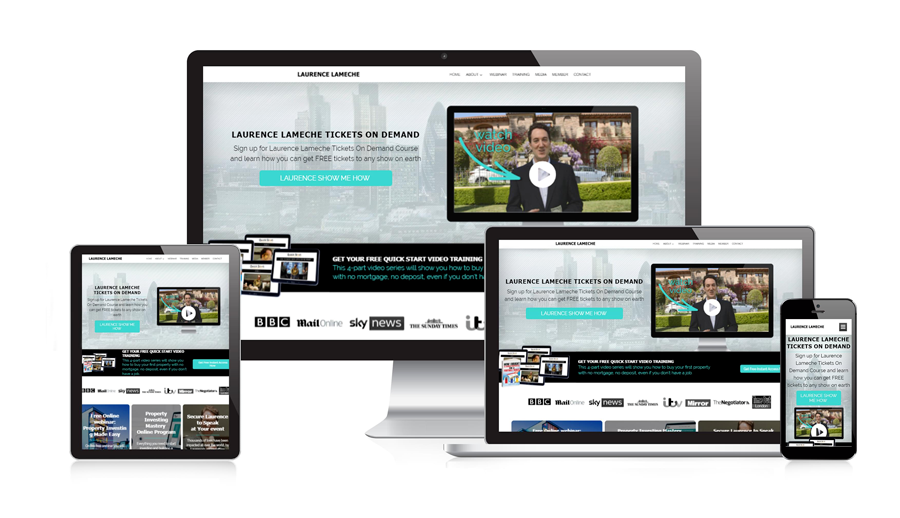 Even if the event is sold out!

Here's What You Get! 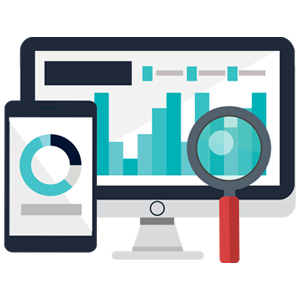 There's quite a bit of prep that goes into this process. 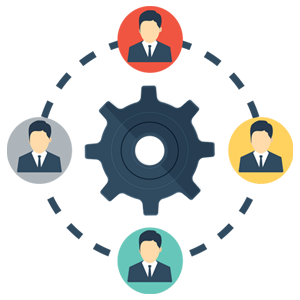 This is where the rubber meets the road and you do use the methods to properly negotiate and get into the sold out event.

Full tutorials and examples inside, such as: 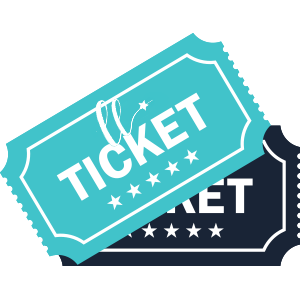 Check Out These Bonuses!

Be a part of my movement to truly create lasting memories with an entire community!

Get support- While my process is straightforward and can be implemented by anyone, the truth is that you may run into responses from people that catch you off guard...people are unpredictable after all. It's times like these that having a group to support you can really pay off. Its also great to share your wins with the rest of the group. 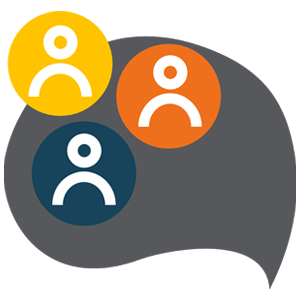 See 30+ real life examples of me and other people like you actually doing the system live and in real time!

You'll see me get tickets for chocolates, flowers, a book, and even for free! 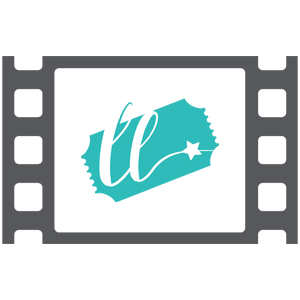 I guarantee that if you implement my system, it will work...

This takes all of the risk out of the investment! 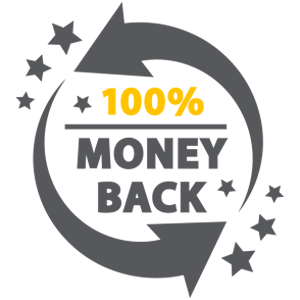 My 3 Step Process + All Those Bonuses

#1. Do nothing and continue missing out on creating memories that last a lifetime

#2. Learn and Implement my system and NEVER live with the regret of missing an event 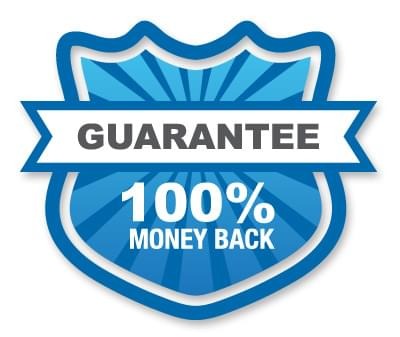 Here’s A Recap Of

When You Purchase The AMAZING Offer!

But today, you're getting all of this...

THIS INCREDIBLE PROCESS WILL

PAY FOR ITSELF AFTER ONE USE!

For the price of less than ONE concert or sporting event, you can learn how to get into ANY sold-out event in the future!

THE PRICE OF ONE TICKET WILL GET YOU INTO ANY SHOW YOU EVER WOULD WANT TO SEE FOR FACE VALUE OR LESS!

1. Is This Process Legitimate?

I have been using this system for over 20 years and have even helped police officers get in. I promise it is perfectly legitimate.

I am quite shy as well and I prefer my own company. So even if you are Shy or an Introvert, this process is proven and transferrable. As long as you follow each step, anyone can do it.

Ive even helped teenagers get in for free.

2. What Am I Guaranteed?

You are guaranteed that if at anytime during the first 90 days you want your money back, no problem.

I have trained many people around the world. For those that implement, there have been zero failures.

5. Laurence, I noticed that you live in the UK, will your system work anywhere?

Absolutely yes! I have taught this system to many others who have used it in the USA, South Africa, Australia, Mexico, Brazil, basically anywhere.

3. How Long Will it take to implement?

You can learn the whole process within one or two hours and therefore you can actually go out and get tickets today or tonight to sold out concerts and sporting events for face value or for less.

The opinions, obseravations, or results that will be represented in this live webinar, do not imply or suggest the success you may have.